Recruiting partners on the Build-a-School journey 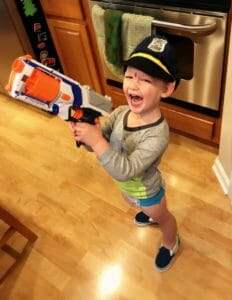 We try to make family meals more than just a pit stop to refuel. The dinner table is a great place for family conversation, although with three young boys sometimes that works better than others, for sure!

A couple of nights ago we were discussing fundraising ideas for our journey of Project Secret Weapon. The boys came up with all kinds of ideas.

Sure, it’s unlikely that anyone would pay money to watch a staged Nerf gun battle, but hey, it was fun that they were trying. And with fighters like the one pictured at right, I guess you never know who might want to come!

On the other hand, maybe when the weather gets warmer an epic #ProjectSecretWeapon Nerf gun battle open to kids in the neighborhood with teams, missions, etc. isn’t a bad idea!

So we now have a few events in mind to start brainstorming and planning more. 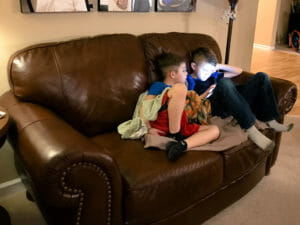 We are really excited about the possibility of getting their classes (and potentially others at the school) involved in the project. We have now spoken with both of the boys’ school teachers and they are very enthusiastic about it.

That night at dinner I suggested that the boys write a letter to their school principal to ask if he thought there might be a way for the elementary school to get involved.

Afterwards, the older two started drafting a letter on the iPad. I helped them refine some of their sentences (and spelling), and we decided that it would better convey their personal commitment if they hand-wrote it and delivered it in person. We also printed out a couple of photos of the great work that Building Tomorrow is doing in Uganda.

This week, with the help of their teachers to coordinate a time, the older boys presented this letter in person to their principal and talked with him about the project.

I’m so proud of their courage and willingness to step outside of their comfort zone! 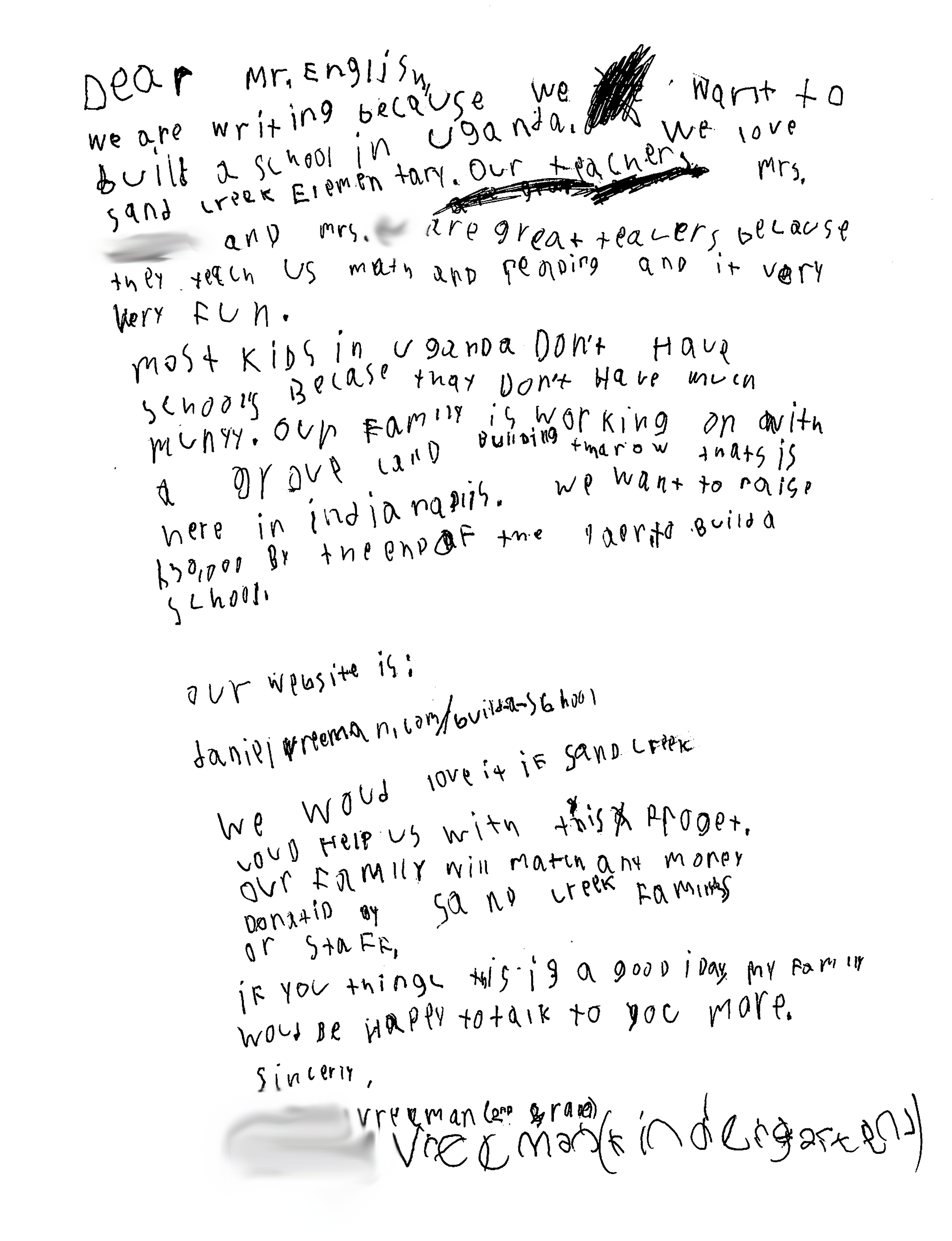 Alright Sand Creek Elementary, are you ready? Together we can build brighter tomorrows. Let’s do this!

Join Us on Project Secret Weapon