Each new LOINC® release that Regenstrief publishes contains many edits to LOINC terms. About 7,000 terms were edited in version 2.61 and about 11,000 in version 2.58. That’s a lot of change every six months!

How is it that all those edits don’t cause havoc to users who store data with LOINC? Here’s how you can track edits to LOINC terms. 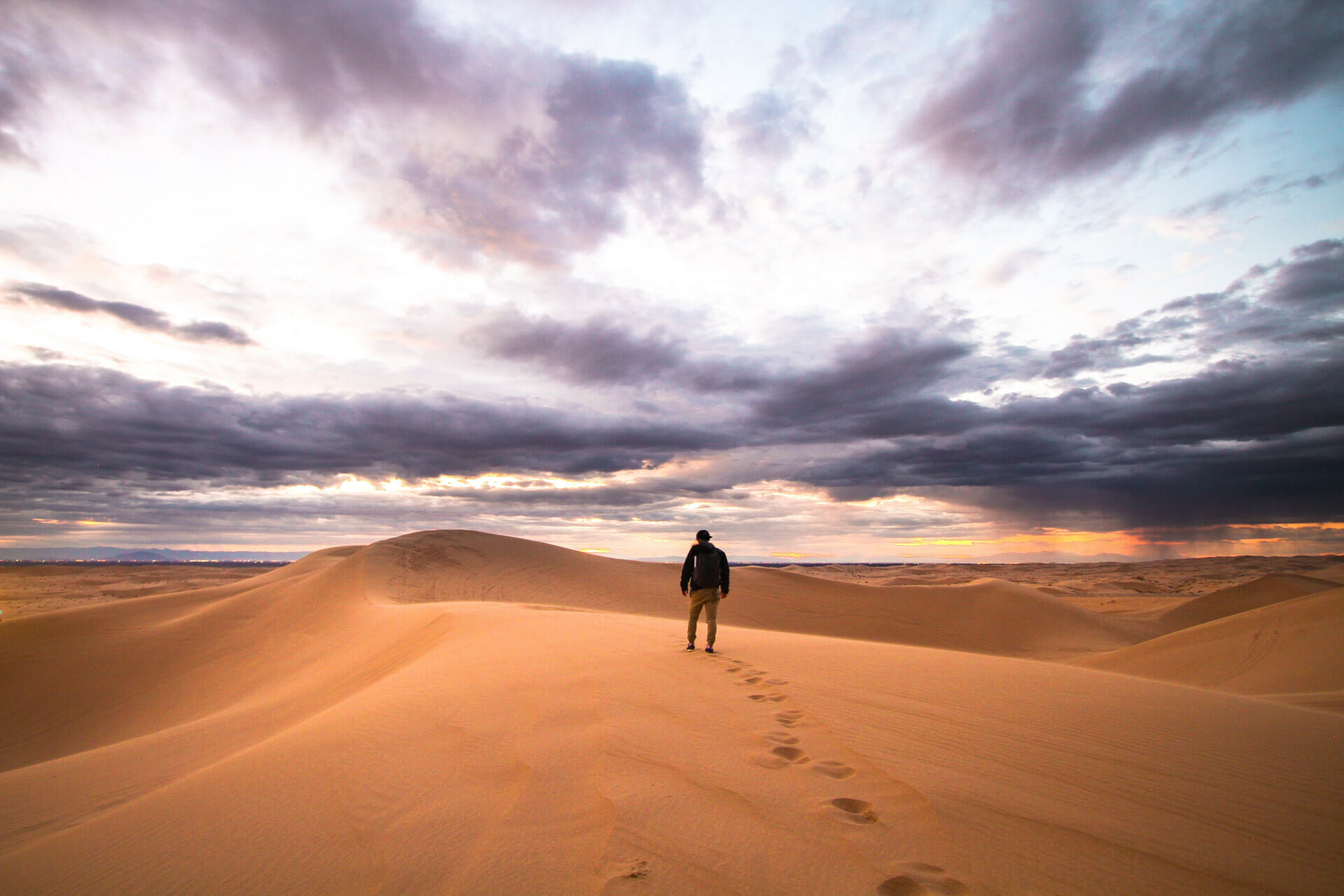 LOINC is a concept-based terminology, which means that it provides a way of naming classes of things that exist in the real world. Each concept (LOINC term) is given an identifier and a fully-specified name. LOINC concepts are designed to have a clear meaning. That is, they are not vague, ambiguous, nor redundant. The concept is anchored by the LOINC code, not by the particular strings in the formal name that we use to explain the code.

Along with the LOINC identifier (code) and fully specified name, LOINC includes many other term attributes. The full LOINC Table includes other names, such as a Short Name and Long Common Name, are details like example UCUM units, related names, class, formulas, rankings for common tests, and more.

In a complex, organic terminology like LOINC, name changes and modifications are unavoidable for many reasons. Not all of the edits in a LOINC release affect the fully specified name. In fact, about 1,200 of the 7,000 edits in version 2.61 were for that primary name. The rest were edits to other fields in the LOINC Table.

Changes to LOINC term names are not made willy-nilly.

Since its inception, Regenstrief has maintained a set of editorial policies for LOINC to guide adherence to the concept-oriented ideal, even as the terminology evolves over time. The main over-arching policy is

Changes to the name (i.e. the human-readable representation of the concept) are allowed in any way that does not change the meaning of the concept.

In other words, an edit to a term name is allowable and valid if it is still an unambiguous reference to a class of things in the real world.

Name edits are meant to improve clarity and consistency for users. But, not all situations are crystal clear, so Regenstrief’s general approach is to seek as much input as is feasible. Often, such cases are brought for discussion to the LOINC Committee.

Although LOINC term names may be edited over time, the concept meaning is persistent. LOINC codes are never reused or deleted.

If Regenstrief discovers that a LOINC term’s meaning duplicates another existing term or that it is erroneous somehow, the term Status with changed to DEPRECATED, but the term is not removed from the database. Of the two duplicate terms, Regenstrief’s approach is to change the term Status that would cause (in our estimation) the least amount of remapping for existing users.

LOINC signals to users which terms are valid for current use with the Status field. Here are the current options for LOINC term Status:

Concept is active. Use at will.

Concept is experimental in nature. Use with caution as the concept and associated attributes may change.

Concept is not recommended for current use. New mappings to this concept are discouraged; although existing mappings may continue to be valid in context.

Concept is deprecated. Concept should not be used, but it is retained in LOINC for historical purposes.

In the LOINC Table

Within the main LOINC Table there are several fields for tracking changes:

The LOINC version number in which the record has last changed.

A classification of the type of change that identifies whether the change was to the Component, another field of the full specified name, or some other kind of change.

This field classifies the reason for concept status (e.g. AMBIGUOUS, DUPLICATE, or ERRONEOUS).

A narrative explanation of why the term has this concept Status.

A detailed explanation about special changes to the term over time.

The LOINC Table Changes File has both and csv table and a Microsoft Access data that helps users track changes from one release to another.

The CSV table contains records for LOINC terms in which one of the fields of the fully specified name or the Class have changed since the last release. The Access database includes one table that matches the contents of the csv file. It also has a second table that contains LOINC terms have changes in the fields of the fully specified name, Class, or select other fields (e.g. Long Common Name, Short Name, OrderObs, DefinitionDescription). See the Updates_Readme.txt inside the LOINC Table Changes File for more information.

The LOINC Table Changes Report is a pdf report that highlights all the changes to the primary LOINC name fields since the last release. The report presents a nice “before” vs “after” layout of the fields from the last version to the current one. It’s designed for users who want to review these changes manually. 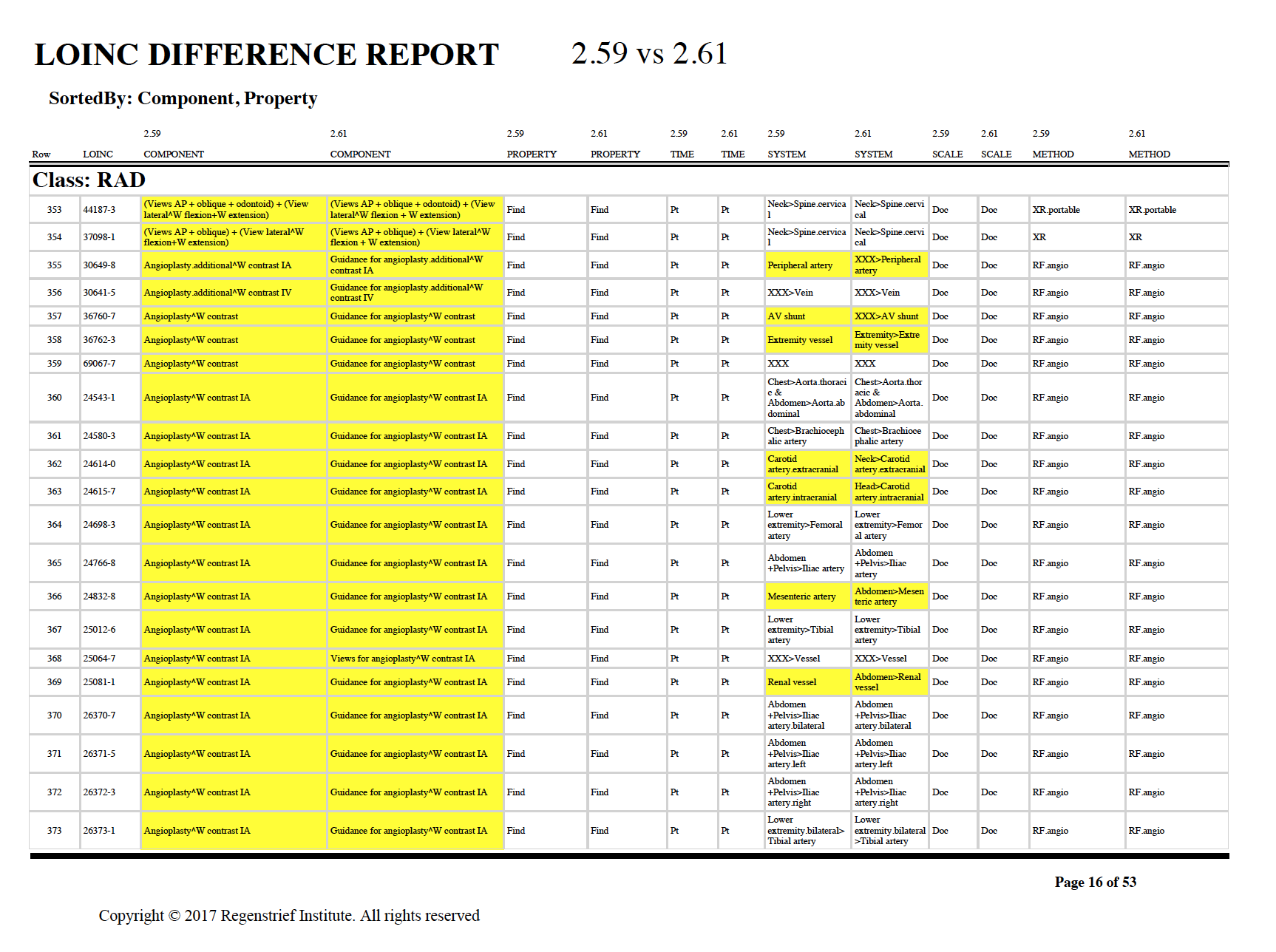