In a November 6th letter to the Office of the National Coordinator for Health Information Technology (ONC), Regenstrief provided comments on the Draft 2016 Interoperability Standards Advisory (2016 Advisory). I believe that the goals of the Advisory are laudable: to provide a single public list of best available standards and to promote dialogue.

The 2016 Advisory is ONC’s second iteration, and overall it is better. This version includes some important structural changes that make the content more useful and each standard’s current state more transparent. I think it can be improved further, and here I’ll summarize the key points. 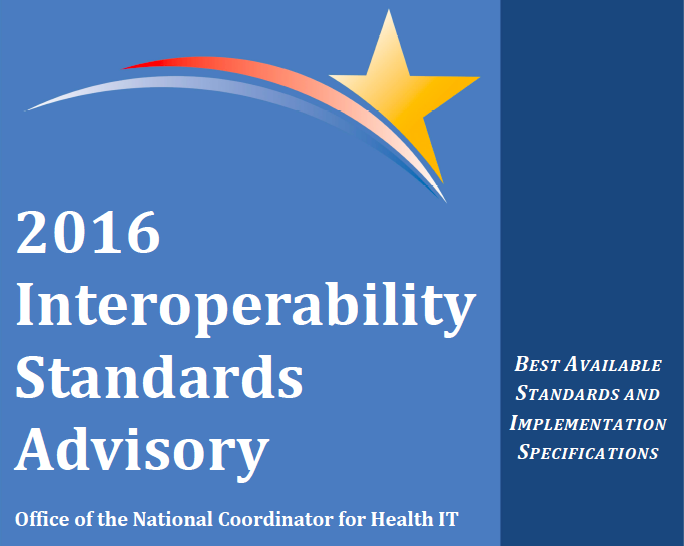 For each recommended standard, ONC has added a set of six informative characteristics to give readers an overall sense of maturity and adoptability. They have also added some “usage notes”. Here’s what this looks like for the interoperability need of representing laboratory tests and observations:

It is difficult to empirically determine adoption level for many standards (including LOINC). Nevertheless, including these attributes (even with rough approximations) helps make clear what ONC’s perception is and is intended to inform the dialogue about a standard’s “readiness” for use.

From my perspective, the biggest flaw in the draft 2016 Advisory is that it does not recognize the prevailing two-part “observation” plus “observation value” information model for recording, storing, and transmitting lots of health data.

Specifically, the Advisory should make clear which vocabulary standard is needed for the observation, and which for categorical (coded) observation values.

This two-part “question/answer” model is ubiquitous, was recommended across many domains by the HITSC, and is jointly endorsed by Regenstrief and the IHTSDO in their collaborative agreement.

The content areas in the 2016 Advisory where the observation + observation value pattern should be noted include:

Interoperability need: send, receive, and use clinical measurements and observations

Download the full Comments from Regenstrief on the 2016 Advisory